Change your future … Out-thinking the competition, with ideas that can change the world.

We live in an ideas economy, with possibilities limited only by our imaginations. The past is no guide to the future, what we can do matters more than what we have done. The best companies are guided by an inspiring purpose, exploring new possibilities, being curious and connected, daring and ingenious, working from the future back, to develop more audacious and disruptive ideas, to “out-think” the competition. 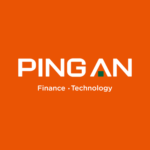 Ping An Insurance Company provides products and services through its five ecosystems in financial services, healthcare, auto services, real estate services and Smart City solutions. The Group's insurance business writes property, casualty, and life insurance products. It is the largest in the world.

Read more about Ping An > 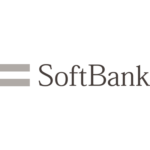 SoftBank is a global technology investment company with a portfolio embracing AI, smart robotics, IoT, advanced telecoms, internet services, and clean energy technology providers. In May 2017, the SoftBank Vision Fund was launched with $100bn to invest globally in the businesses and technologies that will enable the next stage of the Information Revolution. It is the owner, or major investor, in companies including Alibaba, Arm, Boston Dynamics, Grab, Nvidea, OneWeb, Supercell, Uber, and WeWork. 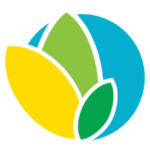 Aerofarms grow delicious, nutritious leafy greens and herbs without sunlight and soil. Crops get the perfect amount of moisture and nutrients misted directly onto their roots in a completely controlled environment. With patented technology, Aerofarms take indoor vertical farming to a new level of precision and productivity with minimal environmental impact and virtually zero risk.

Organavo is embracing the latest technologies to transform surgery, from the 3D bio-printing of muscle tissues to complete organs for transplant, saving lives and raising huge ethical issues too.

WeWork – The workspace that helps you create a better life

In May 2008, Adam Neumann and Miguel McKelvey established GreenDesk, an "eco-friendly coworking space" in New York City. In 2010, Neumann and McKelvey sold the business and started WeWork with its first location in New York’s SoHo district. WeWork provides shared workspace, community, and services for entrepreneurs, freelancers, startups and small businesses. WeWork designs and builds physical and virtual communities in which entrepreneurs share space and office services and have the opportunity to work together. The company’s 30,000+ members have access to health insurance, an internal social network, social events and workshops, and an annual summer retreat. 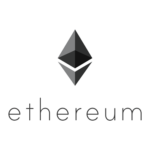 Ethereum – The next generation blockchain-based cryptocurrency

Vital Buterin is a 22-year-old coder who created the fast-growing new cryptocurrency network Ethereal, and wants to use his technology to disrupt everything. Ethereum is a platform and a programming language that makes it possible for any developer to build and publish next-generation decentralized applications. Ethereum can be used to codify, decentralize, secure and trade just about anything: voting, domain names, financial exchanges, crowdfunding, company governance, contracts and agreements of most kind, intellectual property, and even smart property thanks to hardware integration.

Magic Leap – "It's like dreaming" ... bringing virtual reality to life

Magic Leap's mind-bending "mixed reality" technology uses photonic wafer chips to manipulate light. It superimposes 3D generated images over real world objects, by projecting a digital light field into the user's eye. Founder Rony Abovitz says "the best way to describe it, is like dreaming." He has attracted $1.4bn funding from Alibaba and Google, and is currently signed up contracts with leading movie studios and game makers.

748 million people worldwide lack clean drinking water. Bill Gates drank a glass of water made from human faeces, to showcase technology he said could provide clean water in the developing world. "The water tasted as good as any I've had out of a bottle. And having studied the engineering behind it, I would happily drink it every day. It's that safe," he said. Sedron is creating the future of waste processing, developing innovative and advanced technologies for waste, sanitation, and water. 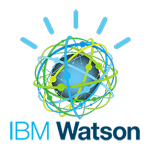 Watson is an IBM supercomputer that combines artificial intelligence and sophisticated analytical software as a “question answering” machine. Its applications are complex, but almost endless. Most recently it acquired the assets of the Weather Channel, to become the world's most accurate weather forecaster. It is named for IBM's founder, Thomas J. Watson

In 1993, Markus and Daniel Freitag brothers first created their own brand of recycled products, Freitag, using Tarpaulins, inner tubes from bicycles and automobile seatbelts. Freitag brothers have seen commercial success in the global market; yet at the same time, they are in constant pursuit of sustainable business cycle. 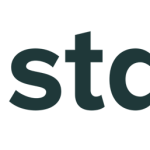 Crystal – This is you, based on everything online

Crystal gives you instant access to millions of personality profiles based on everything that can be found online about each person. You'll even find a profile of yourself. It then gives free communication advice for anyone you meet, showing how your personality relates to theirs, and how you can most effectively engage them, and more.

Disney Pixar – Inspiring humanity through the power of storytelling

Pixar creates the world’s most loved movies. Creating animations is relatively slow and costly, but with a focus on character building and incredible storytelling, the brand has created hit after hit. It’s creative process – based around ideas and stories – is a great model for any type of brand building and communication. 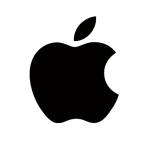 Apple – Designed in California, loved around the world

Apple’s story is retold a thousand times. But in a world of relentless innovation and imitation, the brand needs to reassert itself, as more than its products, and more than Steve Jobs.

Novo Nordisk is a global healthcare company with more than 90 years of innovation and leadership in diabetes care. It's innovation is patient-centric, focused on what it can be best at, and delivered by one of the world's most sustainable companies.

Xiaomi saw its smartphone sales sink in 2016 due in part to its ramped-up competition with Huawei and BBK. But the company has seen remarkable international growth

It sold 2 million devices in India in fall 2016—and hopes its sleek new Mi Mix and Mi Note 2 smartphones will reignite sales in China. Xiaomi is also working to upend the narrow perception of its brand: The company’s wide-ranging hardware offerings include everything from headphones and fitness bands to tablets and power strips and water purifiers. In 2016 alone, it introduced its first laptop, a set-top box, a robot vacuum, a smart rice cooker, a $29 VR headset, a quadcopter drone, and its MiJia electric scooter, among a slew of other ventures.

Xiaomi aims to become an internet of things powerhouse through its investments, so far, in 77 companies, which can tap into Xiaomi’s resources, supply chain, and growing retail presence online and off (Xiaomi opened three-dozen brick-and-mortar stores this year, with hundreds more in the pipeline) to scale up faster. The company believe this portfolio approach—which doesn’t involve hiring engineers to build all these products—will create an ecosystem of devices and services with recurring revenue streams. 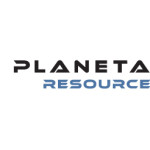 Explorer James Cameron is one of the entrepreneurs behind the asteroid mining company that plans low cost robotic space exploration to find commercial y viable asteroids near Earth. From these, they hope to extract precious metals and water (which can be converted to rocket fuel and oxygen).

Airbus, Bharti, Coca-Cola and Virgin are just some of the investors who have together pledged over $500m to create the world's first global satellite-based internet service. OneWeb is building a network of 700 satellites to take broadband access to every corner of our planet - including cars, aircraft, and homes in the most remote locations.

Tesla – Faster than a Ferrari, powered by the sun

Tesla is the fastest, sexiest, most-hyped car of its generation. It can drive 1000 km on a solar powered battery, with zero carbon emissions, whilst also becoming the must-have luxury accessory in Hollywood.

Samsung – South Korea puts the tae kuk into the Galaxy

Samsung has always focused on innovation, however it was only by embracing the power of design, that they were able to engage people in objects of desire, rather than products quickly imitated. 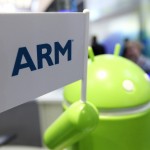 ARM – Designing the architecture of the digital world

Mayrig – Cooking up a passion for Armenian culture

Whilst most of Armenia is long gone, the culture lives on through traditional recipes and incredible food that brings people together to share incredible food, and explore the stories that sustained a nation, and now still inspires a global tribe.

Virgin Galactic – Astronauts all, but the goal is long-haul

The space race is on, to provide regular affordable flights for business, research and tourism. And whilst the development has not been without problems, Virgin’s vision, determination and spacecraft design, promises to go where others haven't, or at least from London to Sydney in one hour. 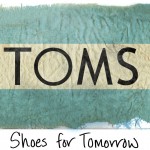 Toms – A pair for kids with every pair you buy

Toms is a brand with purpose, and a dual business model – inspired by the simple canvas shoes of Argentina – it gives away a free pair away to street kids for every pair it sells. “One to One” has become a worldwide movement, and now stretches beyond shoes.

Coursera – The best education available to everyone

Coursera, and other MOOCs, are on the verge of fundamentally disrupting education, knowledge and expertise, across the world. By moving the best university courses online, with a business model that allows universal access, they can be transformational on society, and the opportunities for everyone.

Renova – The sexiest toilet paper in the world

Renova is on mission to brighten up your life. Why is toilet paper white? The Portugeuse brand a hit in Hollywood bathrooms with its black paper. Colour is a bold, but simple way to change the game. 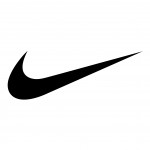 Nike – Business designed at the speed of the swoosh

Nike is a design and branding business, with a focus on digital technologies and “amplifying nature.” It is about function and fashion, but most of all about athletes and achievement.

Method is the cleaning products that believe in being doing good whilst also iconic features and beautiful fragrances for your home. With attitude and ambition, they declared war on dirt.

Narayana operates a dual business model, one funding the other. Whilst knowledge and equipment are not compromised, the growth in medical tourism subsidises low-cost heart surgery for the poor.

Epocrates – The doctor’s brain in the palm of his hand

Instant access to technical and patient knowledge transforms the speed at which doctors can offer diagnosis and treatment. This results in improved decisions, delivering faster treatments, at lower costs.

23andMe – The $99 DNA profile could change your life

Positive Luxury – The butterfly mark of brands you can trust

Curation is a key role for retailer, editing and guiding in a world of infinite choice. Making sustainability positive, being better rather than less bad, being authentic and natural, softer or brighter. 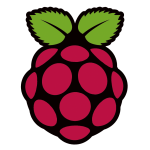 Raspberry Pi – Build your own computer gadgets for $25

Eben Upton wants to inspire kids about the potential of computing. With an incredibly simple $25 computer, a cool brand a social movement, he is inspiring the next generation of entrepreneurs. 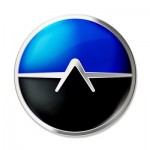 The flying car has long captured the imagination of the futurist. For Stefan Klein it was his life's passion. When he retired from designing cars, the inventor set his mind to adding wings.