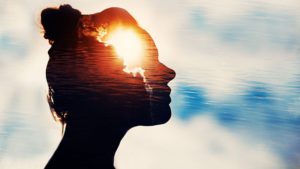 I’m here in Copenhagen to celebrate some of  the great female leaders around the world, shaking up business and shaping the future. From Anne Wojcicki leading the future of healthcare with 23andMe, to Mary Barra reinventing automative with GM, and Zhang Xin, the self-made richest women in China.

We will explore the attributes required to be a successful business leader in today’s world. The need for vision and intuition, empathy and engagement, creativity and collaboration, care and humanity, and much more. Of course men can have these attributes too, but they are certainly less “macho” characteristics, and more typically associated with female approaches.

Here is my recent keynote on The Future is Female.

And we’ll also take a look at some of the great Nordic female leaders:

Filippa Martina Knutsson is a Swedish fashion designer. She is the owner of the fashion brand Filippa K, founded in 1993, and runs it with her former husband Patrik Kihlborg. She has been called “a household name” and “a superstar” in Sweden and much of Europe.

She has been immersed in the clothing and fashion industry for many years. Having spent her formative years in London, she returned to her native Sweden to work in her family’s fashion business. She later came together with two business partners to establish the Filippa K line in 1993. Based in Sweden, in just over 20 years the brand has expanded to fashion outlets in 20 markets and 50 brand stores across the Nordics as well as in the Netherlands, Belgium, Germany and Switzerland.

The men’s and women’s lines can also be found at over 600 of other retailers worldwide. In 2014 turnover exceeded EUR 70 million. Ms Knutsson has been deeply involved in orchestrating the success of the Filippa K fashion lines and supervises all of the brand’s creative aspects, including conceptualization, design, retail concepts and brand communications.

Lykke leads the Danish waste food business Too Good to Go. She was previously Vice President of Under Armour, International Digital and the co-founder & CEO of Endomondo. She and two business partners co-founded the fitness tracking app Endomondo in 2007 and by 2014 had grown the community-based venture to reach 20 million registered users. As chief executive, she successfully orchestrated the company’s acquisition for $85M by the US-based athletic apparel manufacturer Under Armour.

What happens when you take three business consultants and a gypsy? This isn’t the start of a joke. She  revealed that an unexpected encounter with a gypsy showed her that following her dreams could take her to places she’d never believed possible and that passion for what she does is the real measure of her success.

She showed she could walk the talk when she traded in a comfortable position at the international consulting firm McKinsey for the risks of entrepreneurship. Ms Lykke and two business partners co-founded the fitness tracking app Endomondo in 2007 and by 2014 had grown the community-based venture to reach 25 million users. As chief executive she successfully orchestrated the company’s acquisition for USD 85 million by the US-based athletic apparel manufacturer Under Armour, where she is now vice president.

Before her steep rise to business success, Ms Lykke worked as a journalist and researcher for a major Danish daily newspaper while pursuing a master’s degree in political science at Aarhus University. She was later recruited by McKinsey & Co as a management consultant. The rest, as they say, is history. In 2013 she received the Female Business Owners’ Inspirational award and in 2012 was granted the Founder of the Year award by the Nordic Startup Awards series, which celebrates startup ecosystems based in the Nordics.

With more than 25 years under her belt in the travel industry it’s no surprise that Pia Vemmelund has worked her way to the top of one of the fastest-rising online travel and destination service providers, Momondo. Before joining Momondo, Vemmelund spent 19 years with the Scandinavian airline SAS, where she held several positions, including Director, Commercial Intelligence and Sales Support. In 2007 she moved to Momondo and took on the hefty portfolio of commercial manager with responsibility for sales, online marketing, finance and administration. By 2012 she had become the company’s managing director and was made a member of the board in 2013. As Momondo chief executive Ms Vemmelund has played a central role in securing financing for the venture. In 2014 she helped negotiation a USD 130 million investment in Momondo by the venture capitalist Great Hill Partners. She is also a board member of Greenland Travel and the Danish online bargain aggregator Bownty.

Iranian-born catering industry dynamo Azita Shariati leads the Swedish and Danish operations of the French-based multinational company Sodexo. The company’s Nordic operations employ 11,000 people and have a turnover of SEK 7.5 billion. Ms Shariati has earned every ounce of the respect and accolades she now enjoys, having worked her way up to the chief executive position during a relatively brief nine-year career with the company. During her impressive rise to the top of the organization she held roles such as sales director and country manager, Sweden. A passionate advocate of gender balance and multiculturalism, when she was appointed vice president in 2010, she famously set a challenge for the company to employ women in 50 percent of senior management positions by 2015 – a target that was later achieved. As a result, she was named Sweden’s most powerful business woman in 2015 by the weekly business magazine Veckans Affärer. In granting the award, the publication cited Ms Shariati’s inclusive leadership based on her advocacy for gender balance and diversity and her recognition that she has the power to change society.

Hilde Midthjell is a serial Norwegian entrepreneur with a background in medicine and a distinct flair for business. Ms Midthjell is currently main owner and board chair of Dale of Norway, a clothing company that produces outdoor lifestyle gear. The company is perhaps best known for its trademark lusekofte sweater, which features traditional Norwegian design and weaving methods. It has also been the official supplier of sweaters for the Norwegian ski team and winter Olympics since 1956. Prior to taking the helm at Dale, Ms Midthjell set up and ran a successful cosmetics company, Dermanor, part of the Dermagruppen group for more than 20 years. She sold the company for NOK 500 million. The cosmetics company now operates across the Nordics. She is also owner and chief executive of a series of companies, one of which is an investment firm through which she owns a controlling share of Dale of Norway and a minority stake in the sustainable tourism company Basecamp Explorer

A keen interest in sustainable living and home-made cosmetics led entrepreneur Lotte Tīsenkopfa-Iltnere to establish Madara Cosmetics, a manufacturer of organic skin care products, in 2006. Currently the company’s chief executive, Tīsenkopfa-Iltnere has expanded the product line and grown the reach of the business across northern and central Europe. The company posted revenues of 1.9 and 2.3 million euros in 2012 and 2013, respectively. In 2012 she was named one of the country’s top 25 women in business by Forbes Latvia and in 2014 one of the company’s facial products was named the best new cosmetic by the Latvian lifestyle magazine Pastaiga. Tīsenkopfa-Iltnere has also worked as a journalist and has studied Japanese language, culture and business in Latvia and Japan.

Widely known by her first name only, Björk has become a fixture on the international music scene during the 30 years of her career as a singer-songwriter, musician and producer. She has also championed environmental causes and has actively campaigned for environmental preservation in Iceland. In 2009 she collaborated with a venture capital firm to set up an investment fund to invest in green technology in her home country. In 2012 her net worth was estimated at more than USD 50 million. She is a lynchpin of the experimental music scene, yet has turned out a number of highly successful singles on mainstream music charts – reflecting her eclectic musical tastes and styles. Björk has had 30 hit singles in the Top 40 of global pop charts and has scored 22 Top 40 hits on UK charts. The Icelandic artist has been recognized with a number of music industry awards throughout her career. In 2011 she became the first artist to release an album, Biophilia, as a series of interactive apps, which were later inducted into the permanent collection of the Museum of Modern Art.