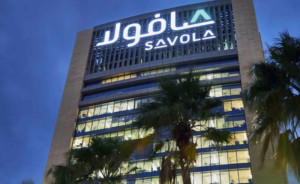 Savola Group’s mission is to have a positive impact on society, while generating profits and growth through strategic investment in the MENA (Middle East, North Africa) region. The group is composed of companies under two main entities (Savola Foods and Savola Retail), together with a specialized investment portfolio.

The business was founded in 1979 in the KSA as a small-scale company importing and refining vegetable oil for sale locally. Growth led in 1994 to the development of a sugar refinery in Jeddah, and geographical expansion into Egypt, Algeria, the Levant, Iran, Morocco, Sudan, and Kazakhstan. Prominent household brand names include Afia, Shams and Italiano. In 1998, the Savola entered the retail sector, acquiring the Panda grocery store chain, followed by minority investments in related companies including like Almarai, Herfy and Kinan.

Today, the group operates in over 50 countries, with a diverse range of business from edible oils, sugar, fresh dairy products, to supermarkets and restaurants serving fast foods.

Savola is committed to creating “value built on values”, with an organisation culture built around values of integrity, righteousness, fulfilment and persistence. In 2020, Savola was named one of the Top 20 Great Places to Work in KSA, ranked number 1 among non-financial businesses for corporate governance, and one of the Top 100 Companies in the Middle East by Forbes.