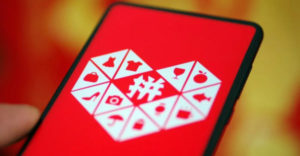 “Pin-duo-duo” translates as “together, more savings, more fun”. It is the world’s fastest growing technology platform, according to Gartner, seeking to create a shopping experience that is much more collaborative and fun, as well as giving consumers access to incredible discounts on everything from toys and toiletries to Teslas.

Founded in 2015 by Huang Zheng (aka Colin Huang), Pinduoduo is already the second-largest online marketplace in China, and the world’s leading “interactive” online retailer. It is said to be the world’s fastest growing technology platform.

In 2020 it had a phenomenal year, growing its market capitalisation by 396%, to a valuation of $218 billion by the end of what was for most people a difficult and turbulent year. But also a year of opportunity as consumer behaviours changed rapidly.

Here’s a great report explaining the model in more detail.

Huang, a 40-year-old former Google employee, recently became China’s third-richest person on the back of Pinduoduo’s phenomenal rise. Explaining his vision for the company before its flotation on the Nasdaq, he described Pinduoduo as a mixture of “Walmart and Disneyland” that combined bargain products with compulsive entertainment.

The brand targets young and mid to lower income Chinese consumers, using WeChat (with 1.2 billion users) to share details of products which they like with friends and family. Fun images and meme videos spread quickly.

The more people interested in buying the item, the bigger discount. And if you can’t get your existing friends interested, then you can recruit new ones.

The business model has supercharged Pinduoduo’s growth. It now has 683 million active users and 50m orders per day.

With sales margins incredibly thin, most of its profits come from advertising, as the site encourages people to visit often, in the same way as a physical shopping mall becomes a place for socialising and entertainment.

Unlike online retailers like Amazon, Pinduoduo holds no stock, products are shipped directly from the seller, who also has to cover shipping costs. That also creates a challenge in managing quality and authenticity, fake brands having become a major challenge to consumer trust for online marketplaces.

Huang, who earned a masters degree at the University of Wisconsin, joined Google as an intern in 2004, aged 24, and then worked there for 3 years as an engineer, and then also worked with Microsoft. He stepped down as CEO this year, handing over to new CEO Lei Chen, but remains chairman. He is Pinduoduo’s largest shareholder, with a 29.4% stake worth $34 billion.