Snap, Microsoft and Tesla are the world’s most innovative companies of 2020, according to Fast Company … Siemens, Sprout World and Elvie lead in Europe 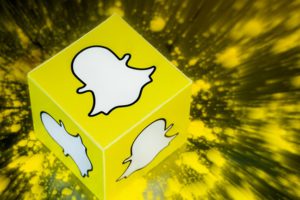 Fast Company’s “Most Innovative Companies” ranking is based on companies with great ideas, that can change the world, that disrupt industries, and inspire society. It is less about the innovation statistics (BCG produce a deeply analytical ranking each year, based on R&D spend and business performance, hardly a measure of creativity or quality of strategic innovation).

I love the Fast Company annual ranking for it stories – amazing organisations doing incredible work – and for its drill downs into different sectors, and parts of the world. The top 50 list is a little American obsessed, but look further into the regional list for great innovators. It truly is an inspiring source of inspiration, insight and ideas.

The top 50 ranking is here

Why is Snap the world’s most innovative company?

From the company’s remarkable turnaround to its creation and popularisation of augmented reality, CEO Evan Spiegel talked to Fast Company about how he changed and how he built a structure for innovation.

Spiegel has also pulled off a remarkable comeback from 2018, when Snap itself was said to be ailing. Snapchat lost 5 million daily users over the course of that year. Between its March 2017 IPO and the final weeks of 2018, 17 executives departed. Facebook’s unabashed adoption of Snap’s features—executives have acknowledged the similarity between Instagram Stories and Snapchat Stories, for example, but stated that Stories is a format that it had built upon and not proprietary technology—was taking a toll. An app redesign flopped. Heading into Christmas, Snap’s stock dipped as low as $4.82, 84% off its onetime high of $29.44. Forbesargued, “Why Snapchat’s Trainwreck Stock Will Never Have a Facebook Rebound,” while business pundit Scott Galloway declared the company “roadkill” and predicted that Snap would get acquired before 2020, probably by Amazon.

Unknown to most observers, though, Spiegel had been aware of the issues plaguing the company and had put critical fixes in motion. He worked on his leadership skills and altered Snap’s executive team and management structure to make it more effective at executing on innovations. Snap recoded its Android app so it could run better on the 85% of phones in the world that aren’t the iPhone, and simplified its tools for ad buying, helping it boost revenue year over year by 65% and add 31 million daily users to the platform in 2019. As investors caught on, Snap’s stock price rose almost 250% last year. Although the company is still losing money, Snapchat is poised for international growth. “I’m now rooting for Snap,” Galloway wrote in January after admitting he’d been wrong. “Snap is on the verge of writing its own ‘Cinderella story,’ ” wrote MoffettNathanson analyst Michael Nathanson last summer.

Snap is now ushering in the next wave of computing. While tech giants hope to make augmented reality mainstream within a decade, Snap has already made the software commonplace. On average, more than 75% of Snapchat’s 218 million daily users play with its AR “lenses” every day. That’s more than 163 million people putting silly digital effects like biker beards and puppy ears on their faces. Last year, the company expanded its AR purview even further, turning its attention to augmenting the world around users rather than just their faces, with lenses that can transform buildings into giant pizzas and products into shoppable pages.

Snap has also constructed a formidable premium content business on its Discover platform, which functions like a mini, mobile-optimized Netflix, with five-minute-long shows that users can subscribe to and binge on. There are now more than 450 channels of content worldwide, and in the fourth quarter of 2019, more than 50 shows had a monthly audience of over 10 million people. The first season of one of its teen-oriented scripted shows, Endless Summer, produced by the company behind The Real World and Keeping Up With the Kardashians, racked up 28 million viewers.

“I don’t have to feel trapped by the way everyone else [operates],” says Spiegel. He could build Snap to function in the way that worked best for what he wanted to accomplish. “We can try new things.”