Whilst everyone else is losing their heads, the companies of tomorrow are being created right now … How to survive and thrive in crazy times 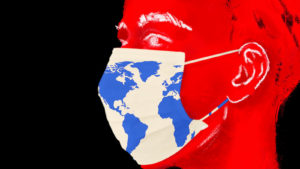 The future might seem chaotic and uncertain. It’s only human to be fearful and even initially paralysed to the point of inaction. But for leaders it needs to be more.

Change drives new attitudes and behaviours, new ideas and solutions. If we see innovations take off rapidly in good times, when there is no need to change, imagine how the right ideas can grow when there really is a burning platform.

Look at our changing behaviours right – everybody is suddenly working from home, quickly realising that multi-screen video conferencing, mixed with playing with the kids, and saving on the torturous daily commute is not so bad. Or when calling a doctor, we are asked to shift to online screening and video calls, which are far more personal and efficient for both. Or as schools close, kids form peer to peer learning groups, online seminars and interactive assessments.

The new lifestyles have been possible for some time, now we are using it. Afterwards, will we go back to the old ways?

Here are a few of the recent articles which I found inspiring:

Seismic changes that lead to downturns are nothing new – economic cycles that thrill us in the upturns, and then just when we realise that times are good, we’re on that rollercoaster to tough times again.

Business progress, is marked by a cycle of boom times and struggles. And whilst the external world may be largely responsible for the disruption in growth, the result is often a time of frantic innovation as businesses use a downturn to reset, and reinvent themselves and their industries. As we enter the so-called fourth industrial revolution maybe it is not so surprising that the world’s economies are looking more turbulent again.

Finding your North Star to survive and thrive

Of course looking after people is the first priority, staying safe and healthy, and helping those in most need. Business can help short term – like we see right now with LVMH turning its perfume factories to making hand sanitizer, Tesla making hospital ventilators in its car plants, Inditex making protective clothing for health workers.

Then business turns to the challenge of survival the current economic shocks, to get through what is likely to be a significant global downturn, probably a recession. There are big challenges, but also opportunities:

Being set adrift in a stormy sea means that all the strategies  and plans you did have are thrown away. Instead you need something to keep guiding you. Something to give you direction, and maybe a little hope. Something to frame what you could do, not just what you did do. Purpose is your North Star:

Black swans, K-waves … time to thrive in a crazy world

“Black swan” is a metaphor that describes an event that comes as a surprise, has a major effect, and is often inappropriately rationalised after the fact with the benefit of hindsight.

The phrase “black swan” derives from a Latin expression; its oldest known occurrence is from the 2nd-century Roman poet Juvenal’s characterization of something being “rara avis in terris nigroque simillima cygno” (“a rare bird in the lands and very much like a black swan”). When the phrase was coined, the black swan was presumed not to exist. The importance of the metaphor lies in its analogy to the fragility of any system of thought. A set of conclusions is potentially undone once any of its fundamental postulates is disproved. In this case, the observation of a single black swan would be the undoing of the logic of any system of thought, as well as any reasoning that followed from that underlying logic.

The theory was developed by Nassim Nicholas Taleb to explain:

Taleb’s “black swan theory” refers only to unexpected events of large magnitude and consequence and their dominant role in history, and COVID-19 is one of the most significant, certainly in terms of its dramatic effect on the world’s economy in recent weeks. Such events, considered extreme outliers, collectively play vastly larger roles in shaping economies, markets and societies than regular occurrences. 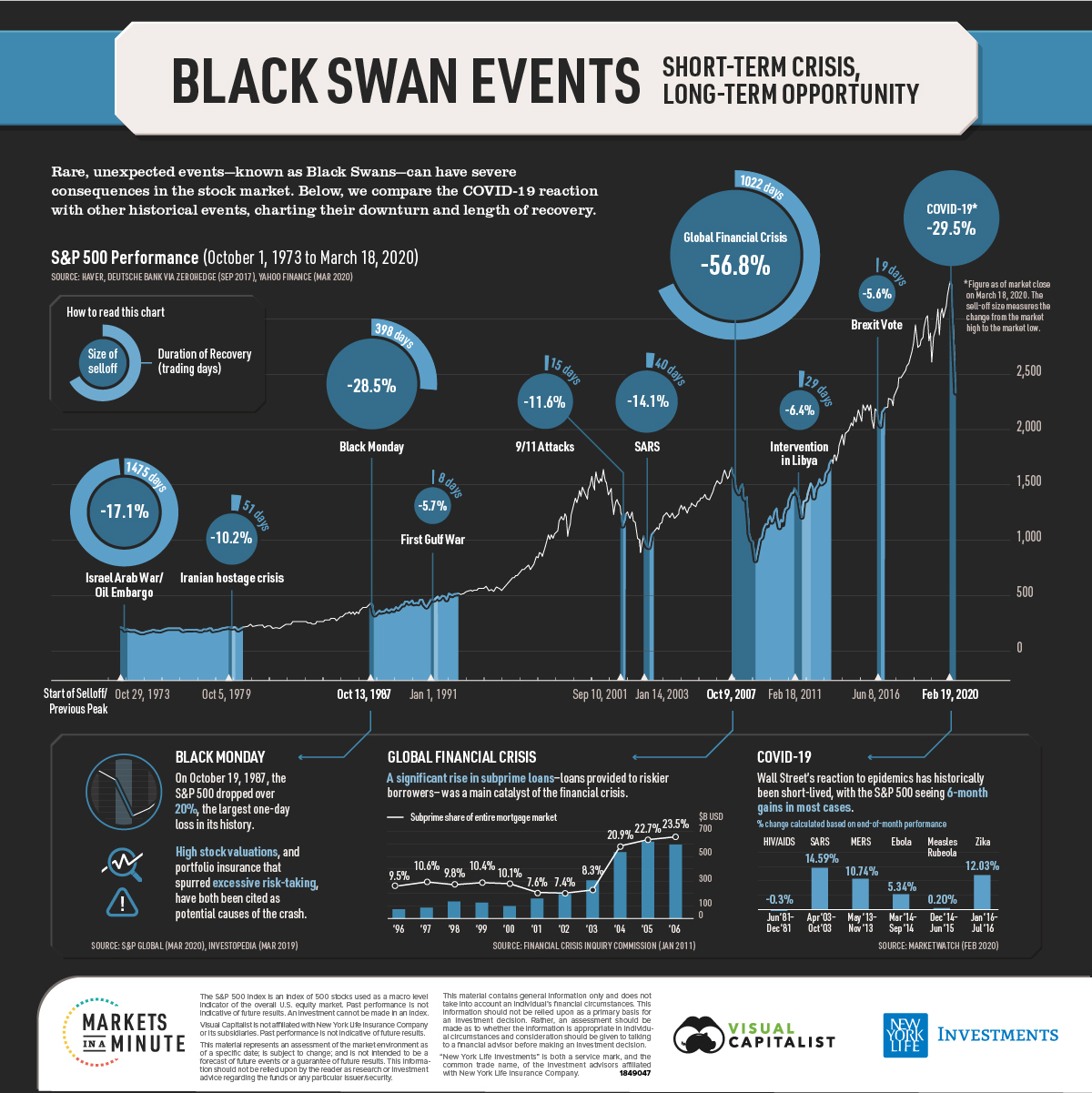 Russian economist Nikolai Kondratiev was shot by firing squad on the orders of Stalin in 1938. He died for what he believed was the truth. His execution was ordered because his academic work propounded that the capitalist system would not collapse as a result of the great depression of 1929. This truth Stalin did not want to hear, and his work suppressed for over two decades.

Kondratiev’s analysis described how international capitalism had gone through many such “great depressions” and as such were a normal part of the international mercantile credit system. The long term business cycles that he identified through meticulous research are now called “Kondratieff” cycles or “K” waves.

The K wave is a 60 year cycle (+/- a year or so) with internal phases that are sometimes characterized as seasons: spring, summer, autumn and winter:

Increasingly economic academia has come to realize the brilliant insight of Nikolai Kondratiev and accordingly there have been many reports, articles, theses and books written on the subject of this “cyclical” phenomenon. An influential essay, written by Professor W. Thompson of Indiana University, has indicated that K waves have influenced world technological development since the 900’s. His thesis states that “modern” economic development commenced in 930AD in the Sung province of China and he propounds that since this date there have been 18 K waves lasting on average 60 years.

COVID-19 has already sparked a huge fall in stock markets around the world. Maybe we were already on the edge, and it was due, and it just pushed us over.

So what am I doing right now … and how can I help?

Now that I think back, I remember some of the seismic moments when the world was gripped by fear and panic, and how so many great projects and opportunities emerged.

When “shock and awe” launched the Gulf War of 1990, I was a young brand marketer at a global airline. I remember joining an urgent taskforce of smart minds across the business to think through survival strategies. I remember sitting alongside the CEO Liam Strong and others, working on The World’s Biggest Offer, which became a thrilling project.

In 2001 when the terrible scenes of 9/11 terrorism were flashed across every screen in my London office, we froze in shock and panic, but then quickly swung into action. As stock markets plunged, businesses shifted for the first time to online working, as we rushed in the following weeks to create tools for collaborative working, learning and support.

And when the financial crisis of 2008 crossed the world like an economic tsunami, I remember being asked by numerous companies to quickly prepare articles and webinars to help companies and their employees to reprioritise strategies, but also to think creatively about how to survive and thrive whilst everyone else was losing their heads.

Now in 2020, what will you do? Maybe start off by dipping into my most recent Fast Leader magazines, in which I seek to capture what’s happening right now around the world, with ideas and inspiration for you and your business. It’s for business leaders who are ready to think smarter and act faster. You can download them free right now:

I’m here to support business as they urgently change direction, work in new ways, rethink priorities, but also seek to stay positive, and look forwards. Tune into my forthcoming webinar:

So here are some of the best articles I’ve come across for preparing, surviving – but also thriving – in times of downturn: