The pivot … the agility to change direction, to move from mediocrity to magic 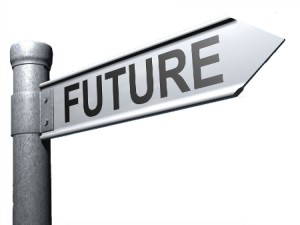 The ability to “pivot” your strategy, maybe to reinvent your entire business, is essential to being able to survive and thrive in fast-changing markets.

We used to define a clear vision, develop a long-term strategy, then move ahead with clarity and confidence. We used to be able to take the past as a guide to the future, then extrapolate forwards. We used to boldly launch our new ideas, determined to deliver, and reluctant to change.

Today’s markets don’t allow such certainty, or blinkered determination. Success lies in the ability to stay agile, to keep testing and learning as we go, to keep a vision in mind but strategy fluid. And most of all, be willing and able to change direction, when or before we have to.

Small businesses are like speedboats, they can chase new opportunities as they emerge, but they can equally move away and to somewhere better, as soon or before they need to. Big companies are more like supertankers, finding it much harder to change direction, hence the need for structural and strategic agility.

In recent years, the best pivots can be seen in digital start-ups. They have adopted a new mindset in everything they do which gives them this agility. They are guided more by a purpose to make life better in some relevant way, rather than by the rigid structures of a product or process-based strategy. They are typically much more virtual, sourcing capabilities rather than developing them in-house. They are much leaner in their implementation, fast and experimental, constantly testing and learning.

This leaner approach allows them to be much more responsive to change in markets – to anticipate changes in consumer aspiration, competitive challenge or economic turbulence. It allows them to react much faster. It also enables them to detect when ideas are not working well, and what tweaks or more significant changes are required to do better.

Sometimes a shift in strategy, not in everything  but in certain aspects can be significant. Like in engineering, a pivot is a fast and decisive change, executing a sudden shift in strategy that turns hundreds of followers into millions of fans, an evolving idea into a billion-dollar company.

The ability to pivot, be it a subtle shift in direction, or a radical reinvention, is essential to scaling start-ups into commercial businesses.

Fail early and cheaply is a start-up mantra. Use prototypes to learn from customers, such as a paper-based process before investing in detailed coding, a Powerpoint before a website, testing with Google Adword before spending more. And keep learning from customers – insights about why some customers don’t currently get or want your idea, or exploring their real problems and aspirations more deeply.

Find well established partners to co-brand with, reaching out to their audiences, transferring equity from their brand, or maybe creating a better solution. Watch emergent behaviour, particularly people who adapt products for other uses, like engineer codes that become texting, or scarves that become snoods. And above all, stay passionate. If you aren’t truly excited about a concept, it’s unlikely your customers will ever be. Find what really excites you, and the people who will be excited by you.

Even the classic brands of today had to pivot to where they are today.

These companies had the focus to find their space, the boldness to shift from their existing world to the better world, and then shaped the market in their own vision.

Explore more about strategic pivots, in the Business Innovation Program which brings together all the relevant concepts to create better strategies and growth for your business:

Find out more about the Business Innovation Program