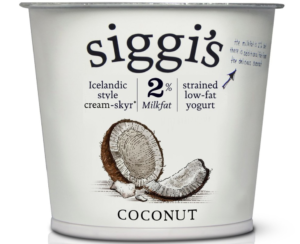 When Siggi Hilmarsson founded his company in 2004, Americans weren’t thinking critically about food like they do today. Popular foods trends like juicing and paleo diets were nonexistent compared to the mainstream acceptance they experience now. Today’s staples like quinoa, sriracha and kale weren’t yet on the menu. It was during this very different time in food consciousness that Hilmarsson introduced his Icelandic-style yogurt, called “skyr” and characterized for its thickness and creaminess, to his new home in America. Call Hilmarsson a culinary vanguard or not, but he’s been making thick, protein-rich and low-sugar yogurt long before today’s multifarious Greek and good-for-you yogurt brands crowded grocery shelves.

Hilmarsson, 39, moved from his native Iceland to the United States to study economics and business at Colombia Business School in New York City, but, by this time, he had already started thinking critically about food. “After graduation I got a corporate job at Deloitte that I didn’t really like and I started making yogurt as a hobby because I missed eating skyr from home,” he says. Skyr is similar to Greek yogurt because they are both characterized as “strained,” which means whey (a watery byproduct) is taken out during the process. This practice requires four times more milk than it takes to make regular yogurt, which makes it more expensive to produce, but it results in a thicker yogurt with a much higher protein content.

“I missed the texture of skyr and could only find yogurt with a lot of sugar, and lots of ingredients like sucralose and aspartame,” he says. Hilmarsson used his mom’s recipe from home to make batches for himself, his friends and his patrons at a local farmer’s market, but he soon had to up-size to meet demand and maintain product consistency. After working a deal with an Upstate New York dairy plant in the tiny town of Morrisville, Hilmarsson produced his first bulk order, and, shortly thereafter, Siggi’s yogurt landed in its first retail store: Murray’s Cheese in New York’s West Village. After that, bigger retailers came calling.

“I wasn’t prepared for the volume,” he says. “You have to build the infrastructure for success.” As a novice business owner and newcomer to the food industry, Hilmarsson quickly learned what it meant to build a brand and then build it for the future. “Planning for success is important, you have to know what success looks like and know how what you’re doing today can scale,” he says. “Going from five stores to 500 and then 5,000 is a vastly different beast.” Hilmarsson compares scaling to writing a novel, noting that it’s important for the writer to have the end in sight so they can prepare for it throughout the story. 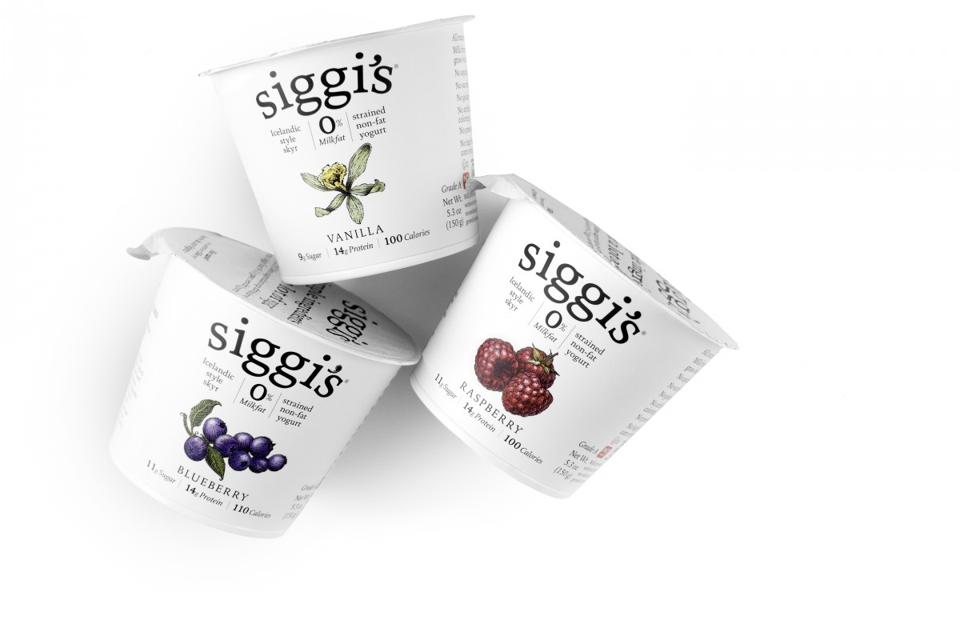 In 2007, Siggi’s yogurt got its first big break. “We got a call from Whole Foods and they said they liked our low-sugar concept and wanted me to come present to them in Austin,” he says. “I was a newbie and I didn’t understand the grocery business. I didn’t understand how huge the opportunity was. Most people start regionally with Whole Foods but we were in half the country’s Whole Foods in 2008. A lot of buyers saw this as a long term trend.” This prediction held true and Siggi directly benefited as a result: according to Nielsen, Siggi’s Dairy is the fastest-growing national yogurt brand in the last year, with 120% growth in sales versus 2014.

“We started here around the same time as Greek yogurt and that was when people still needed to get over the barrier of eating thicker yogurt and eating things that are less sweet,” he says. “It took a while for people to adjust to it. Now, the market has been coming to us.”

With the exploding popularity of healthy alternatives and a growing market for yogurt (which will become a $9.3bn industry in 2017), Hilmarsson says his company’s philosophy hasn’t changed since he started, but the business part has – Siggi’s Dairy is now bigger than he could have hoped for, with his yogurt now available in 11,000 stores, like Target, Wegmans, Shoprite and more.

Hilmarsson doesn’t characterize himself as a risk-tasker, a common attribute among entrepreneurs, but instead he says he’s cautious and careful.“I liked the product so much I didn’t mind failing. I was doing something I was passionate about,” says Hilmarsson. “I wouldn’t mind if I failed because I tried something worthwhile. I thought, this is good, I can stand for this, and if it fails I will still be proud.”